Sergine’s career history can be divided in distinct periods.

During all her dance years, photography plays a very important role. This is how after a workshop in China with Guy Le Querrec from the Magnum photo agency, she naturally went from dancing stage to picturing shows and reportage photography.

Her very first photo documentary, "Regards d’Afrique", has been awarded at the Leica International Competition- black and white fascination-. Several topics: "Berlin Wall fall 1989-1999-2009", "Gypsy life in the Alentejo", "From earth to bronze", 3 reportages in Tibet: "Losar festival in Labrang", "Acupuncture for all" and "In the heart of the Tibetan Buddhism", a work on jazz "Corps Accord"... All have been presented in various exhibits and publications.

As an extension of her first passion and during all these years, she continued photographing dance and especially Michèle Noiret’s work (Book published in 2009).
"Sergine Laloux photographs without any pathos nor voyeurism, with picture staging mastery and a real feel for movement and composition that are probably not unrelated to her first passion". Jean-Marie Wynants (le Soir)

Sergine discovers Ashtanga Yoga in 1998 and she has been practicing ever since with her master Jean-Claude Garnier. She has completed the teacher training course at the Ashtanga Yoga Institute of Brussels (4 years and 500 hours).

She completed several seminars in Greece with JC Garnier, workshops with David Swenson, Tim Miller, Jason Crandell, Peter Sanson, Magnus Ringberg, Barath Shetty, Kristina Karitinou, Kia Naddermier, Lucy Crawford, Sandra Howling, Scott Johnson...
In January 2016, she did a training in therapeutic yoga (100 hours) with Bharath Shetty in Mysore. In August 2016, she graduated Teacher Training- Ashtanga 2nd series (100 hours) at the Ashtanga Yoga Center of Encinitas, California with Tim Miller.
She joined him in 2017 for a workshop in Berlin and a retreat in Italy.
She took also a training course and gives regularly individual courses in "Yoga Wall".
In 2018, she followed the "Ashtanga Yoga & Pranayama In-Depth Development Training for Teachers" with Kia Naddermier (60h).

Sergine teaches yoga in Brussels at Anjali Shala, at the Ashtanga Yoga Institute and at the Yoga Room.

Transmitting has always been at the top of her heart and mind in yoga as well as in dance and photography. 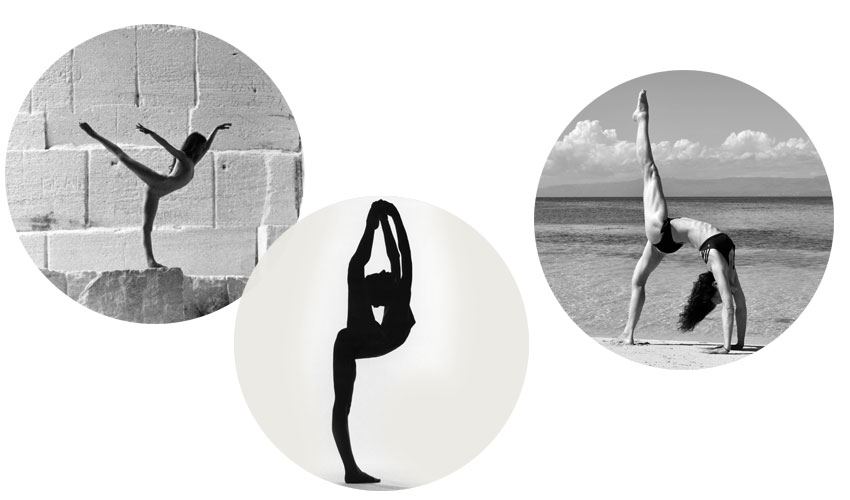